Jubaea Newsletter
‹ ›
You are here: The Gardens >> History 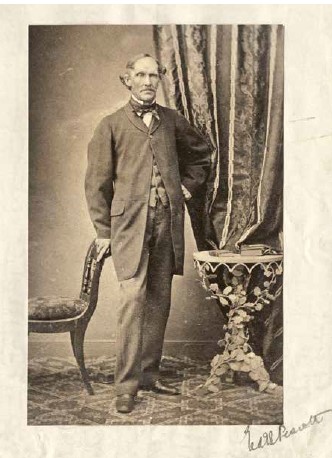 Eastern Hill, on the edge of Corio Bay, was set aside in 1851 as the location for Geelong’s botanic garden. The Wadawurrung people had cared for this land for 60,000 years, and it had provided food, medicine, tools and clothing. Near the Gardens, middens provide evidence of a diet rich in plants, seafood and land animals.

Geelong Botanic Gardens is the fourth oldest botanic garden in Australia, after Sydney, Hobart and Melbourne. A committee of management was appointed in 1852 and the first curator, Daniel Bunce, arrived in 1857. Bunce planted and developed Eastern Hill as an extensive park surrounded by windbreaks, with shrubberies planted along the carriageways. A conservatory was constructed, followed by a ‘pit glasshouse’, an aviary and a small lake, with black swans and ducks. Many of Geelong’s prized heritage trees were planted during this period.

John Raddenberry (1872–1896) added rotundas, a thatched summerhouse and an enormous timber lattice fernery, with a pond, which he surrounded with a rockery of ferns and foliage plants.

By 1960, the Gardens had nearly doubled in size, with extensions to the south and west. The rose gardens were established, the AL Walter Conservatory was constructed, and new gates were donated by a grateful Danish migrant. Sculptures of Japanese cranes were moved from Eastern Beach into the Gardens. The Florence E Clarke Geranium Conservatory was established  in 1972. 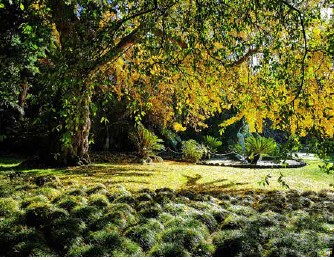 In 1985, the Friends of Geelong Botanic Gardens was formed. The Friends worked to improve the facilities, establishing a teahouse and developing the rose gardens and the perennial border. A group of trained guides and a nursery to support the Gardens were also established. As strong advocates for Geelong Botanic Gardens, the Friends promoted public awareness of its scientific, educational, recreational and conservation functions. Programs were planned, activities arranged, and funds were raised while The Friends lobbied for renewed Council attention to the Gardens.

In 1995, a study and master plan for conservation and development recommended that the Gardens be opened up towards the city and Corio Bay.

New ideas and a new look

The opening of the 21st Century Garden in September 2002 created huge interest. It promoted plants adapted to drought conditions and some people were shocked by the stark landscaping and the absence of lush green lawns, but it was eye-catching and innovative. The 21st Century Garden soon became an important tourist attraction in the Geelong area.

A walk through three centuries

Visitors to Geelong Botanic Gardens today approach the gates through a modern regional grassland drive. Unique metal gates and sculptures mark the entry to the 21st Century Garden, created around a basin of granitic sand and local rocks. Through the Hansen Gates is the twentieth-century garden, with its sweeping lawns, feature trees, conservatory, teahouse and visitor facility. Iconic urns and a fountain mark the entry to the original nineteenth-century garden, where colourful beds of flowers, magnificent heritage trees and interesting historic buildings can be seen. A visit to Geelong Botanic Gardens is certainly a rewarding trip back into the past!

This is an extract from an article in Australian Garden History, vol 32, n. 1, July 2020 by Liz Bennetto, a member of the Friends of Geelong Botanic Gardens