I knew George Jones for over thirty years, originally meeting him through our connection with the Geelong Botanic Gardens and the Horticultural Media Association.

George came to live in Geelong in the 1960’s and was an extremely modest man with an ever-obliging friendly disposition. A tireless worker, it was never about ‘George’ as his main priority was always to share his expertise in supporting and promoting Geelong, the horticultural industry and his beloved Geelong Botanic Gardens.

George was the inaugural president of the Friends of the Geelong Botanic Gardens which was formed in 1985. His commitment to the Gardens was reflected in his long standing work as a volunteer guide, along with guide training and involvement as a volunteer in the Gardens Tea House. He was also a member of the Steering Committee for the Conservation and Management Study of the Geelong Botanic Gardens and Eastern Park.

George’s first media writing contribution was for Your Garden magazine in 1952. He also prepared the Royal Horticultural Society of Vic journal page in Your Garden from July 1954. The Journal transferred and expanded to Australian Garden Lover in 1956 and George continued writing until 1964.

He provided notes on bulbs for daffodil and bulb section Royal Horticultural Society of Victoria from 1960-1968, was Hon Secretary of the editorial committee that produced The Gardener’s Show Guide for RHSV published in 1967 – contributed chapters on Organising the Show, and The Novice Exhibitor, also daffodil segment of Specialist Flowers. He wrote Have You Heard articles in Australian Garden Lover 1972-1980, articles which also appeared in Seed and Nursery Trader.

His diligent research of the history of the Geelong Botanic Gardens resulted in the publication in 1984 of his book, ‘Growing together’. This was followed by two updated supplementary volumes, and these works are included in many reference libraries including the Royal Botanic Gardens Kew UK, Library of the British Museum, Royal Horticultural Society London and the Library of Congress Washington USA.

Continuing research was published in the Friends of the Gardens Newsletter and the Geelong Historical Society’s ‘Investigator’. George was weekly garden columnist for the Geelong Advertiser writing more than one thousand articles in his ‘Garden Scene’ column between 1979-2000 along with contributions to ‘This Month in Geelong’ magazine from Aug 1992-April 2000 - always typed on his trusty Remington. 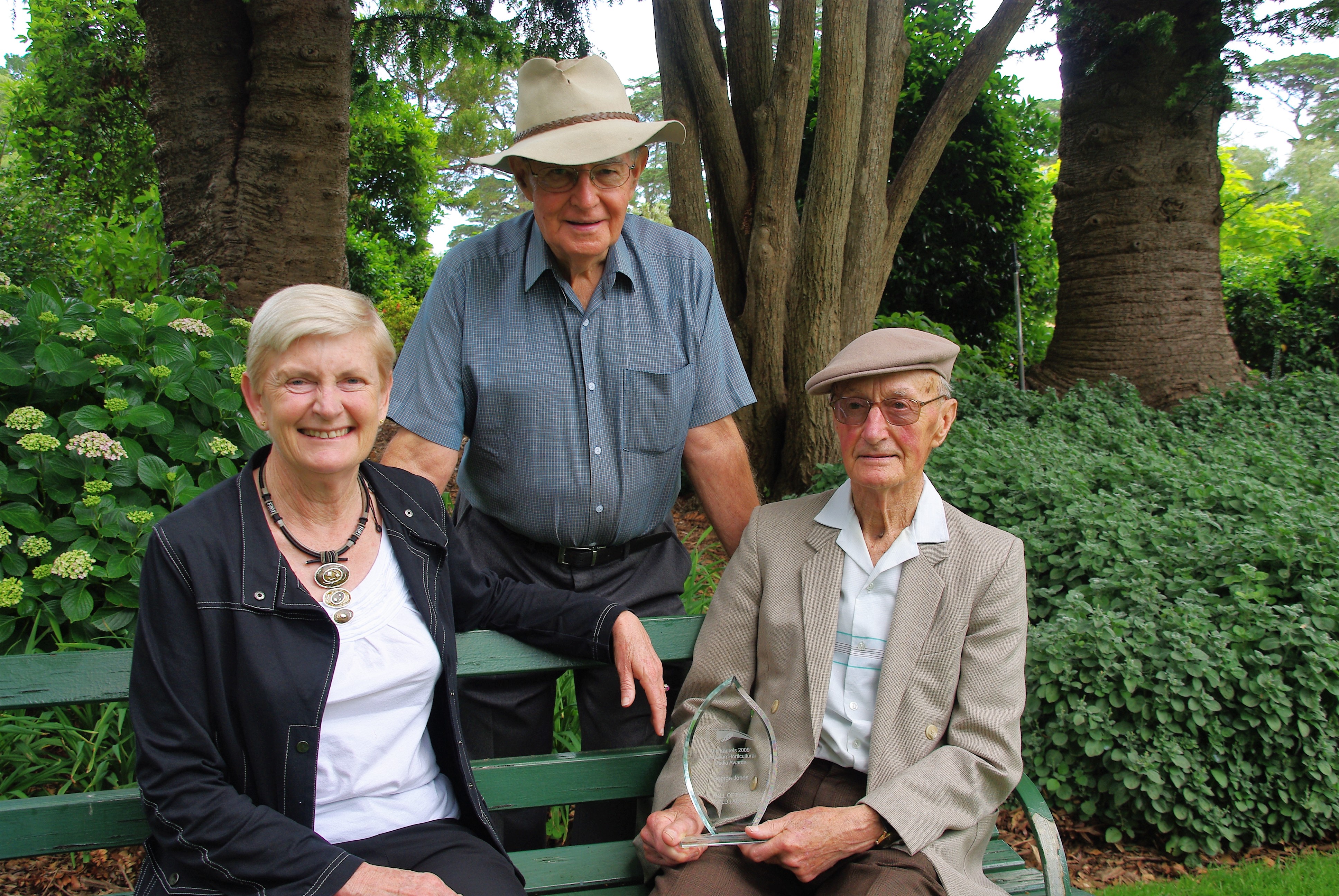 George’s horticultural knowledge and expertise were recognised with a medal for the Geelong Community Australia Day Awards in 1996. The presentation ceremony proved to be a most memorable occasion. A local MP together with a State Government minister presented the medals which came in attractive satin-lined blue velvet boxes. However, one medal was in a green box so the Minister obviously assuming the green horticultural link presented it to George.

After the ceremony George very diplomatically mentioned that it was inscribed for ‘services to sport’! A replacement with the correct inscription was duly forthcoming.

He was a life member of the Geelong Garden Club and also a past president of the Club. He was also a show judge for many years and in 1999 he received a certificate for his nomination in the Premier’s Award for Senior Citizen of the Year.

George was also made the inaugural life member of the HMA in 2001. In 2009 George was the recipient of a Horticultural Media Association Gold Laurel Hall of Fame Award, the highest honour to be bestowed in these awards for his longstanding contribution in communicating and encouraging ‘a love of gardening’ to the general public.

George was always a tireless worker who gave unselfishly and generously of his time, far beyond the call and he was keenly being sought after as a highly regarded guest speaker at a broad range of venues.

George Jones was held in the highest esteem as a well-respected authority and valued member in both the horticultural and wider Geelong communities. The lasting impact of his encyclopaedic knowledge, research and achievements made George an exemplary role model as a person who genuinely cared for others and the environment. George passed away peacefully in Melbourne on 7.10.16. 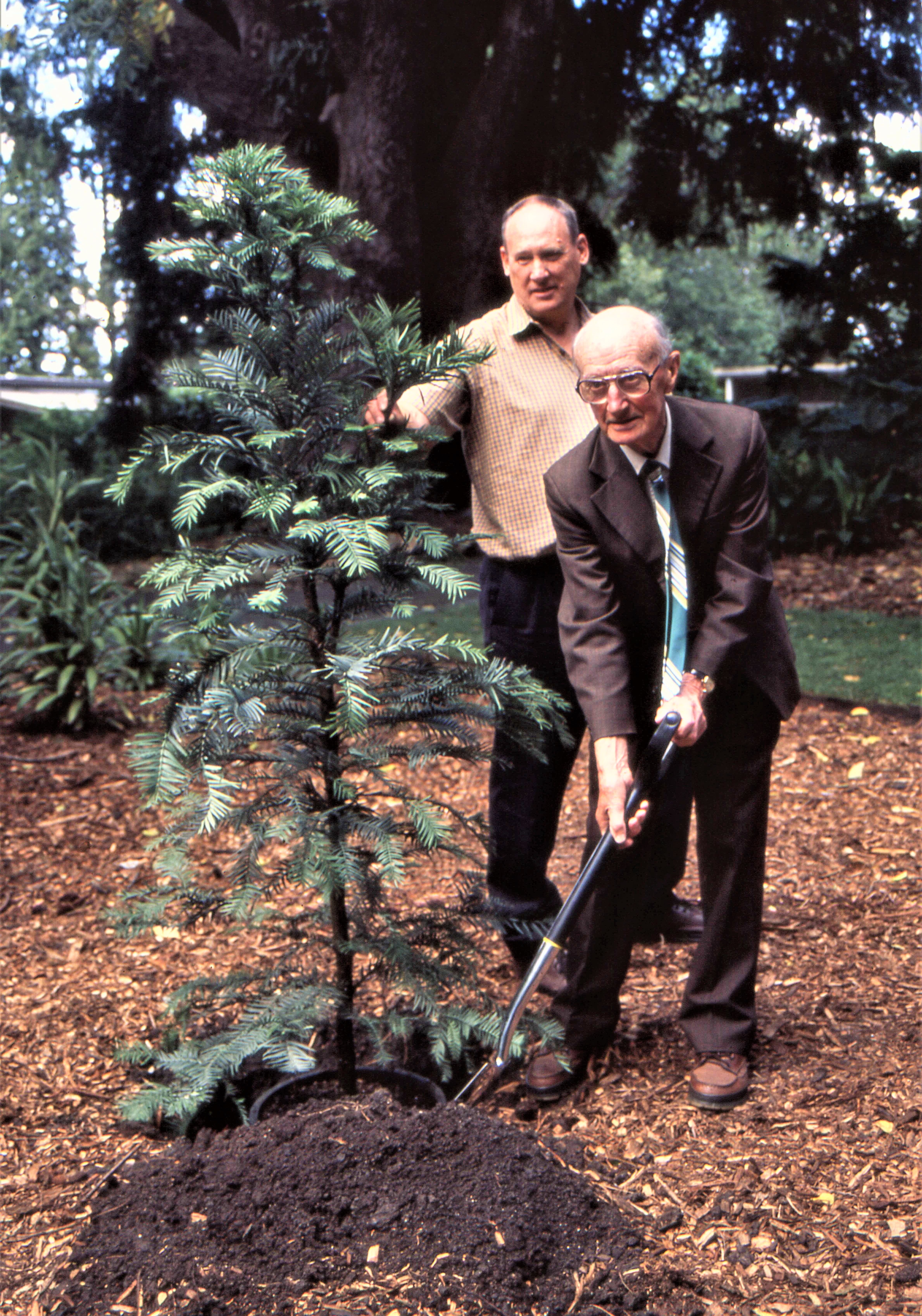